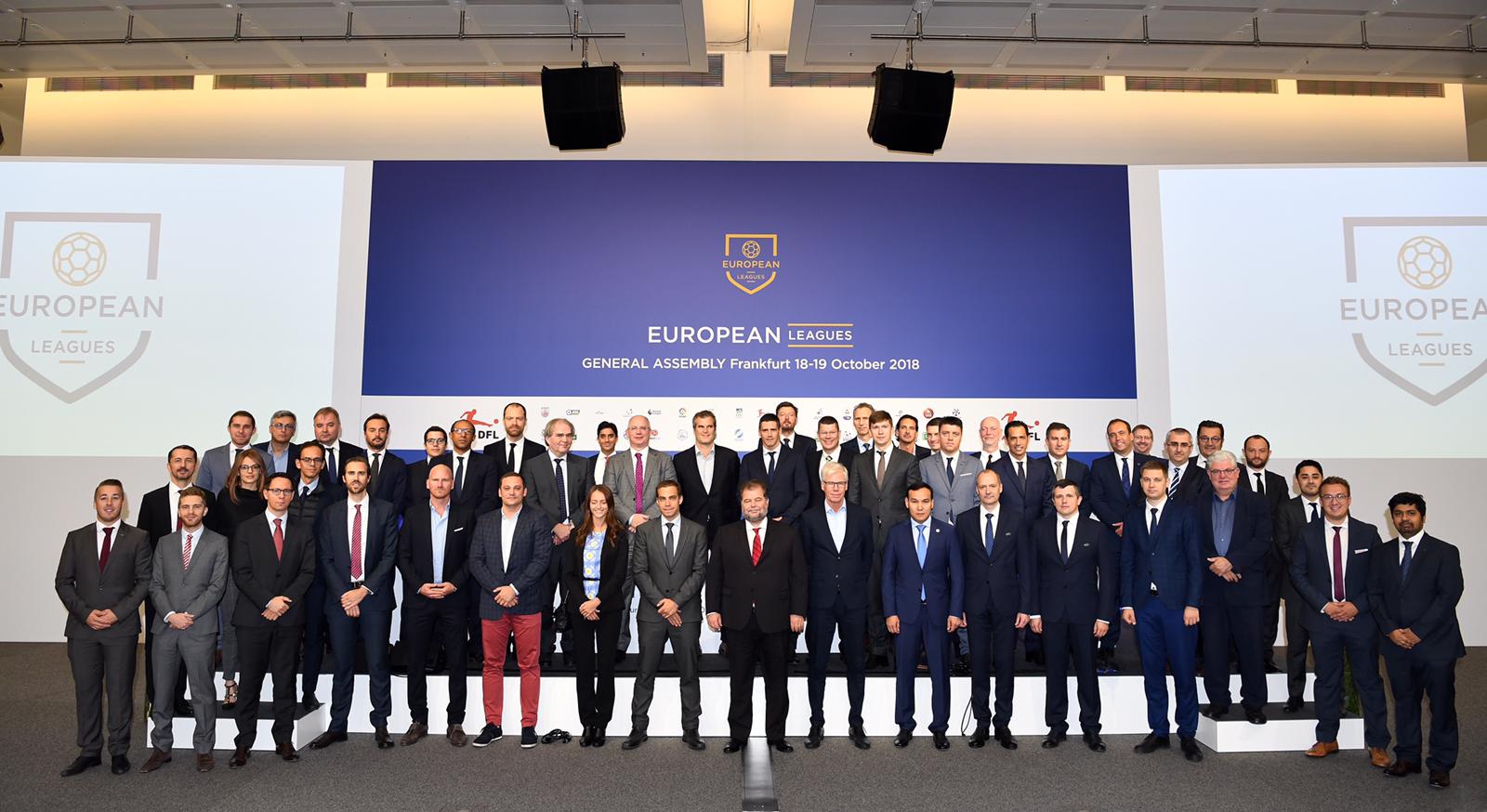 Following the UEFA Club Competitions (UCC) reform adopted in August 2016 and ahead of the upcoming decisions to be taken by UEFA and its National Associations for the 21/24 UCC cycle, European Leagues have taken the initiative to work on proposals for improving professional Club Competitions in Europe.

An extensive and comprehensive model was presented and endorsed today by the European Leagues during the Association’s General Assembly held in Frankfurt, Germany.

The Leagues welcomed the new innovative three tier competition format (UCL / UEL / UEL2 with 32 clubs each) proposed by UEFA which will allow more clubs from more National Associations to participate to European Club Competitions. In addition, the Leagues outlined the need for a new and more inclusive access list and a new revenue distribution model where solidarity is properly recognised to restore and support competitive balance in domestic competitions.

Calendar – A proper balance between UCC and Domestic Competitions including:

Revenue Distribution Model – A financial distribution based on three pillars:

Claus Thomsen, Vice-President of the European Leagues stated: “A fair and democratic Club Competition model both in terms of access and revenue distribution is something I believe all stakeholders – clubs, leagues, national associations and of course the fans fully support. The plan which we are launching today is, in our view, a comprehensive and complete plan with a fresh approach, fresh ideas that will contribute positively to protect and enhance competitive balance across European Football. Maintaining competitive balance is one of the greatest challenges we face in European football today. We have already shared our plans with UEFA and we now look forward to a period of constructive discussion and co-operation together with them and other football stakeholders as we look to secure a brighter future for European football at every level”