The European Leagues believes that it is in the interest of all domestic leagues, all national associations and the vast majority of European clubs to defend and strengthen the competitive balance of football – for the good of the game, the players, the fans and the clubs.

The European Leagues in Numbers

Lega Serie A rpesent the "eSERIE A TIM" 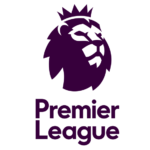