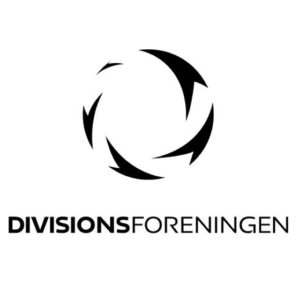 The Danish League (Divisionsforeningen) and the Danish Football Association (DBU) are united in their request of reversing the decision taken by UEFA regarding a new format of the UEFA Champions League. This request will be put forward when the two candidates for the UEFA presidency visits Copenhagen tomorrow (8 September).

Tomorrow, the two candidates for the UEFA presidency visit Copenhagen in order to meet the presidents of the six Nordic football associations ahead of the election at the UEFA extraordinary congress next week and to present their manifestos and visions for UEFA. However, the meeting will to a great extent revolve around the new format of the UEFA Champions League, approved by the UEFA Executive Committee the week before last. It is a structure that favors the biggest clubs in the major leagues since the top-four clubs of the top-four leagues in the future automatically will be qualified for the group stage in Champions League meanwhile the clubs of all the remaining leagues have their qualification chances impaired.

The decision on a new format is detrimental for Danish and European football, according to both the Danish League and the Danish Football Association:

“The process was wrong; the result is wrong. A fundamental change of the format has been rushed through UEFA and the ECA (European Club Association) even though a new UEFA President will be elected in a weeks’ time and even though there are no publicly elected leadership in UEFA”, Claus Thomsen, CEO of the Danish League and vice-president of the association of European Professional Football Leagues (EPFL), states.

“The process reflects a change that initially moves huge amounts to the 20 biggest clubs in Europe and at the same time ensures that sporting success of others cannot change it. The price is paid by the rest of Football-Europe, damaging all national tournaments. Furthermore, we expect the second round of reforms to be in the like of a European Super League and by establishing it under a joint company, co-owned by the ECA and UEFA, it is ensured that no competitor can prevail”, Claus Thomsen adds.

Also in the Danish Football Association, there is great dissatisfaction with the process. Therefore, the decision on a new Champions League format will be among the issues which Jesper Møller, president of the DBU, will confront the UEFA presidential candidates with at the meeting in Copenhagen tomorrow. In addition, he will discuss issues such as good governance, transparency, human rights and reforms of UEFA, finance and sporting visions, especially within women’s football. Only after having heard the candidates’ answers and visions will he decide on whom the DBU wants to vote for.

“I am deeply displeased with the decision on a new Champions League; it is unsatisfactory as well as unacceptable. The decision has been taken in way which is out of step with proper and democratic decision-making, the result being that UEFA leaves too much power to the richest clubs in Europe. It is harmful for the development of football in the whole of Europe and to a great extent in Denmark too”, Jesper Møller says.

The two candidates for the UEFA presidency are Michael van Praag, Netherlands, and Alexander ?eferin, Slovenia. Last night, Angel Maria Villar Llona from Spain withdrew from the race. The election will take place at the extraordinary UEFA congress in Athens on 14 September.