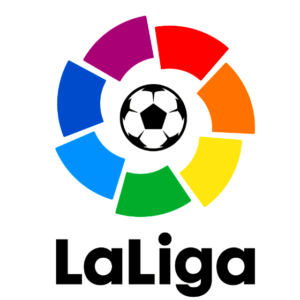 The clubs and SAD (PLCs) that form La Liga expressed their satisfaction this weekend over the passing of the Real Decree regarding the sale of television rights in Spanish football.

“The Royal Decree means, above all, stability for football,” said Real Sociedad president Jokin Aperribay. “It will help the league to grow, because the share of revenue will be more transparent.” Club Atlético de Madrid president Enrique Cerezo also said the move was “a very positive step” because the approval of the Decree “will convert La Liga into a more competitive league, because clubs will be able to invest in players, sporting infrastructure and the academy”.

The effort that the league made, together with the Spanish Government and the Department for Sport (CSD) to make the new collected rights agreement a reality was also appreciated by Spanish clubs. “We feel a lot of satisfaction, it is a historic day for Spanish football,” said Francisco Catalán, the president of Levante UD. Jordi Cardoner, the vice-president of Social Affairs of FC Barcelona added: “Football wins with this Royal Decree, and, fundamentally, so does La Liga.”

Carlos González González, president of Córdoba CF, recognised that “the effort made by clubs such as Real Madrid CF and FC Barcelona to pass this Decree has been huge”. He added that the Decree “will help many clubs get their finances in order”, and he sent a message to the football family, warning: “I hope we don’t make the same mistake again of piling the clubs with debt.” José Castro, the president of Sevilla FC, said Spanish football “needed this new Royal Decree to regulate the share of television rights and create a more balanced state of affairs”.

The president of RCD Espanyol, Joan Collet explained the significance of the Decree on an international level. “We’ve fought for many years for this rule to come to fruition and it means that the best league in the world now has the same distribution of revenue as the other great European leagues.” Meanwhile, Rayo Vallecano de Madrid president called the approval of the law “important”, but explained “this first step is just the start. The second challenge is to launch a full-frontal attack on piracy”.

Clubs in the Liga Adelante also showed their appreciation for the approval for the Royal Decree, such as Real Valladolid CF, whose president Carlos Suárez hailed the opening of a new chapter in Spanish football. “We’ve been born again. Nothing will be the same in the Liga again. This is the first step of a very difficult challenge, but also a compelling one.”

Alfredo García Amado, director general of Real Sporting, alluded to the effort made by La Liga and its president Javier Tebas, for creating the new legislation. “It’s a historic feat that the group lead by Tebas has been fighting for for 15 years,” he said. “This will ensure the playing field is much more competitive and, more importantly, will ensure clubs are more economically viable.”

Juan Carlos Ollero, president of Real Betis, said that the measure would not just benefit clubs in La Liga, but also supporters, television viewers and all the footballing family. “The Royal Decree will strengthen La Liga on an international level; it will mean more money for every club and, above all, a more fairer share. What’s more, the competition will be much stronger and the clubs as well as the fans will profit.”

Spanish football clubs delighted by the passing of the Royal Decree

Presidents and directors of the Liga BBVA and Liga Adelante spoke about what the new shared rights television deal means for football.

Presidents and directors of clubs in the Liga BBVA and Liga Adelante showed their appreciation this weekend for the approval of the new Royal Decree on the shared distribution of television rights in Spanish football, which was passed last Thursday by the Spanish Government.

The Spanish football family’s positive response to the passing of the new law was unanimous. Quique Pina, the president of Granada CF, congratulated those “who have worked so hard to make La Liga more competitive”. He also expressed the gratitude of the majority of clubs, who see in this Royal Decree “an opportunity to create more solid projects thanks to new revenue streams”.

Ángel Torres, the president of Getafe CF, also analysed the impact of the new television deal and explained “the fact that television rights will be controlled via a decree is crucial in ensuring there is no abuse and will guarantee that football is more balanced and more competitive over the next six years.”

Alex Aranzábal, president of SD Eibar, said the new law “was very good news, an historic and a positive decision for everyone”. The director of the Basque club added that the new centralised contract will “increase the revenues for Spanish football and for the most humble clubs, such as Eibar. It will strengthen our economic structure.”

The Málaga CF general director, Vicente Casado, also spoke highly about the new decree set to revolutionise Spanish football. “This is an historic moment. It gives us breathing room and helps towards us being able to maintain what we have”. Additionally, he thanked the La Liga president, Javier Tebas, for “the huge effort he has made to accomplish this”. José María San-Matías, the Elche CF spokesman, spoke in a similar terms about the approval of the deal, stating, “it is an historic moment because it allows us to narrow the gap between the biggest and the smallest clubs”.

The mission La Liga and Spanish football have set out for themselves following the approval of this new deal to distribute television rights is to continue working towards improving the championship. Amadeo Salvo, the Valencia executive president, also touched on the view of the footballing family and spoke in glowing terms about this new measure that allows for a more equitable distribution of television rights for Spanish football. “I would like to back up what my fellow colleagues and presidents from other clubs have been saying. The Royal Decree means that for the first time, and hopefully for a long time to come, that television rights will be sold centrally. The time has come for La Liga to be properly valued here at home as well as internationally. We have a fantastic product and we should treat it accordingly and give it the value it deserves”.