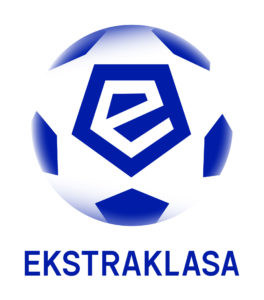 LOTTO Ekstraklasa is the new name of the Polish professional football league to be applied from 2016/2017 football season onwards, under cooperation agreement signed between Ekstraklasa SA and Totalizator Sportowy.

Ekstraklasa SA and Totalizator Sportowy have concluded a one-year cooperation agreement guaranteeing the right to use the joint name of LOTTO Ekstraklasa football games. Being one of the biggest and most recognised brands in Poland, LOTTO is now entitled to marketing and sales benefits offered by Ekstraklasa.

“It’s been a breakthrough season for Ekstraklasa. All our stadiums scattered around the country have been visited by 2.7 million viewers. Our fifteen players were called up for EURO 2016 championships to strengthen their national teams. This proves the dynamic growth of the Polish football industry. Our great potential could not only be seen on the football pitch, but also was noticed by our business partners. Not only is Polish football becoming a vivid sports discipline, but also a promising industry with a bright future. Our cooperation with LOTTO is a novelty on the Polish market, deeply rooted in our two-year perfectly shaped cooperation. A new stage is now ahead of us. We strongly believe in future renewal of this cooperation agreement based on demonstrable improvement in our Partner’s business operations”.

The new logo of LOTTO Ekstraklasa football games will be displayed on the shirts worn by all football players, on the central band and the electronic bands at all sixteen Ekstraklasa stadiums, as well as our press walls. It will also be presented during TV broadcasts of all matches played throughout the entire football season, in various forms of exposure. In addition, it will be placed in all other TV programmes, Ekstraklasa social profiles and all communication channels run by Ekstraklasa football clubs that attract 11 million football fans.

“We have been supporting Polish sports for almost 60 years. Thus, the combination of the LOTTO brand and the premium football league in Poland is a natural step in the development of both companies. Our cooperation with Ekstraklasa marks the beginning of a new stage in the strategic growth of Totalizator Sportowy. Our goal is to create an entirely new quality in the Polish sponsorship industry that leads not only to higher brand awareness, but also increased sales of our products”.

No less important is the fact that LOTTO, as the new Title Partner, is entitled to an array of benefits that differ significantly from those provided to other companies previously bound by a cooperation agreement with Ekstraklasa. All marketing and sales benefits offered to LOTTO have been carefully selected and aligned with the brand’s business goals.

Maciej Wandzel, Chairman of the Supervisory Board at Ekstraklasa, said:

“Ekstraklasa is much more than premium football league in Poland. In business terms, it is also the biggest and the most professional football league in the CEE region. The mix of two big brands, such as LOTTO and Ekstraklasa, may serve as a perfect example of what should be pursued by the sports sponsorship industry. This agreement is a major personal success of Dariusz Marzec, the President of Ekstraklasa SA, given the growing demands of the sponsorship industry. The country-wide reach of Ekstraklasa will allow our Partner to strengthen its positive image and, even more importantly, increase its sales”.

The LOTTO Ekstraklasa football games will start on July 15, 2016.