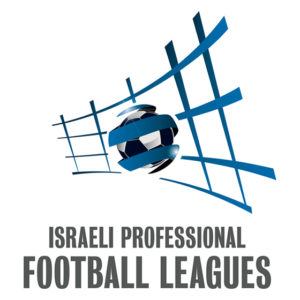 Israeli Minister of Culture and Sports Mrs. Limor Livnat Livnat at the IPFL “Together” conference

The President of the State of Israel on IPFL’s Anti-Violence Conference: “Violence Could Take the Game we Love….We Must Confront Violence and Racism”

On 2 December 2014 the Israeli Professional Football Leagues (IPFL) held, for the first time in Israel, a conference with a main purpose of promoting the steps required to demolish violence and racism in football grounds.

The conference was titled “Together” – a symbol of the required integrated effort between all stakeholders (government, justice department, police, clubs, players, fans, media, referees etc.) in order to address the aforementioned phenomena.

The conference was honoured by the attendance of the president of the state of Israel Mr. Reuven Rivlin, the Israeli Minister of Culture and Sports Mrs. Limor Livnat, David Bohannon of the Pan-European Think Tank of Football Safety and Security, Marc Timmer – UEFA Head of stadia & security department and other distinguished guests including judges, senior police officers, leading journalists, fans, football players and more.

During the conference President Rivlin – known as an enthusiastic football fan – expressed his sincere concern regarding violence in sports, stating: “Violence could take the game we love from us” he further emphasized we “must confront violence and racism” and “everyone should take the responsibility in this battle”.

The IPFL Chairman, Mr. Yoram Baumann, mentioned that “Proper education and strict enforcement are the two key elements which will assist us improving our football. We will take any necessary measure, in different ways, in order to eliminate racism and violence from football”.

The Israeli Minister of Sports and Culture, Mrs. Limor Livnat, called the Israeli courts to increase sanctions taken against rioting fans, mentioning that these hooligans can never be count as “supporters” since they show no support neither to their clubs nor to sports or society.
Mr. Oren Hasson, the IPFL’s CEO, introduced a 4-phase program to be used in order to promote the Israeli football.

The conference hosted hundreds of spectators and had massive media awareness since it was live broadcasted in various TV and Internet channels.

For some further details (Hebrew):